This may seem like a simple concept: Decide to Live. Well, of course, I want to live. I certainly don’t want to die. How dramatic, Rachel.

But there’s a vast difference between embracing Life and simply taking oxygen into your lungs and converting it to CO2. An ocean of difference.

It took me a long time to get to the place where I actually understood that. Like, clearly understood it in my deepest parts.

And I got this very clear notion: I was going to die before I was 30. I was sure of it. I wrote it down. I took it on, I accepted it into my heart.

I would die young. Of cancer.

The thought came back to me over and over through the years, especially in the good seasons where life felt right. The idea would pop into my head like a tiny goblin and take me by the throat. Some days I bravely rolled my eyes at the voice. But, really, I always had it in the back of my head, that Death had its claws in me and there was really nothing I could do about it.

You can imagine what my brain did when the doctor told me I had a tumor in my chest on the morning of my 33rd birthday (literally, worst present ever). I actually joked with someone, “Well, it’s a bit late, but it got me.”

It’s so strange now, writing this. I can hardly believe how deep into the weeds I’d let my spirit go. I was so blind.

Even through my journey of chemo and surgeries and sleepless nights doubled over in agony, I knew I was giving in. Yes, I had glimpses of what embracing Life might mean, what it might feel like if I let myself believe I could live. But the sicker I got, the harder it was to work up the courage to fight, to believe I was going to make it through the gauntlet.

In the end, as always, it was my husband, my children, that gently tugged me through the healing process, my husband’s endless faith in God’s healing hand that held me steady, the tears he shed with me the day I had to finally shave my head, the small words of kindness and love. It was another person’s love for me that taught me I deserved more than death.

And in the end, after nearly two years of cancer turmoil, I was given the report: Officially in Remission.

I’d been stripped down to the barest of bones, raw and naked—I had nothing left in me by the end of the torture. And I was left feeling as if there’d been some sort of mistake.

So many ups and downs, preparing myself to die, to leave my children behind without a mother, my husband behind without his wife. I was so sure I wasn’t going to make it. I had completely lost myself along the way. I’d lost my sense of a future. I didn’t think I’d have one.

People said words like: You’re here for a reason. God has a plan for your life. It’s amazing! It’s a miracle!

I smiled. I nodded.

But not one single part of me believed that.

Why did I live when so many people, good amazing beautiful people, didn’t make it? Why me?! It just wasn’t right. I wasn’t worth God’s trouble. Besides, I was more than happy to go and be with Him in truth, I had been since I was fifteen. What was taking so long, anyway?

There are moments in life when everything flips upside down and you realize things about yourself. The truth basically knocks you on your ass.

Because, as I was internally saying all this negative stuff to myself, pretending on the outside to be so excited to have “survived,” I found myself at a table, casually eating dinner with publishing people I didn’t know very well, talking about how I was in remission (explaining my bald head). They ooh-ed and ah-ed and said how great it was, how strong I was.

As always, feeling uncomfortable with people praising me for doing nothing, I found myself shrugging and casually saying, “I don’t know why God loves me so much,” without thinking about it.

One of the people took issue with that, snapping, “God loves everyone, you’re not special. People die of cancer all the time and God loved them too.”

I stared at her, stunned. I understood her sticking point, and I knew she just meant to say God loved everyone. Which I agree with, obviously. But I was baffled. Because what I heard was: You’re not special. I was so caught off guard by her anger that I just nodded in agreement and apologized, saying that I wasn’t trying to imply I was somehow magical.

But, oh man. That moment weighed me down for weeks. Months, really.

Because she’d basically said exactly what I truly believed, but couldn’t say out loud. I wasn’t special. There was no real reason why I was there and someone else wasn’t. It was probably a mistake.

Something about that being said so bluntly, my words being conflated and my internal fears being spit right back at me as a reprimand, made me finally hear how horrible an idea it really was. Yes, God loves everyone. Of course. But he also loves me.

Just because one person dies, doesn’t mean that I deserved to die as well.

I couldn’t shake it anymore. It crashed over me like wave after that, the truth: I was still here for a reason. I wasn’t going to live to die well. I was going to Live. And that little goblin in my head. That demon called Cancer. It could kiss my ass.

Sure, what I was here for may not be ground-breaking to the planet, or even to anyone but me and my little family—but the details didn’t matter. I didn’t need to know why I was being given a second chance, I just needed to accept it. It was enough that I was brought through the struggle. That I learned so much about myself. I was saved from something huge. Something horrible.

And that didn’t mean I needed to feel guilty because I escaped the horror another soul couldn’t.

What it really meant was, if I truly understood the pain of what others had lost, I needed to stop feeling sorry for myself. I needed to grasp the value of what had been so graciously handed to me.

And for once, I needed to live it to the fullest.

3 thoughts on “My Story – Deciding to Live” Book One of THE DARK CYCLE Book Two of THE DARK CYCLE

Book Three of THE DARK CYCLE 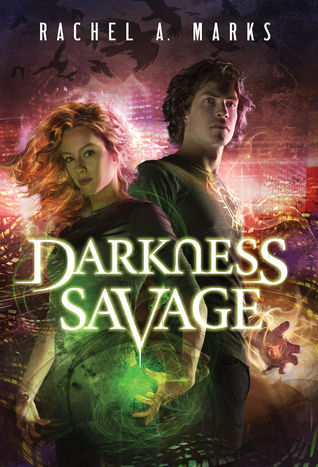